I’ll have three quilts on exhibit for a comic art exhibition at the Foundry Art Centre in historic St. Charles, MO.

Action, lively characters and a sequential format have been a longstanding tradition in the comic arts. From a panel cartoon to a graphic novel, comic art storytelling appeals to audiences both young and old. In the last few decades there has been a rise of fine art which clearly have an influence from the comic genre. Original works influenced from traditional or contemporary comics executed in any media will be considered for the exhibition.

Phil McAndrew is an illustrator and cartoonist from Syracuse, NY. He has created illustrations for books, magazines, newspapers, animated television spots, theatre scenery, clothing, posters, album covers, gallery exhibits, and websites. He currently lives in San Diego, CA. Phil is a founding member of Found Hat Press, a collective of young illustrators and cartoonists. He’s also worked as an educator, teaching art and drawing to young children as part of an after-school program. 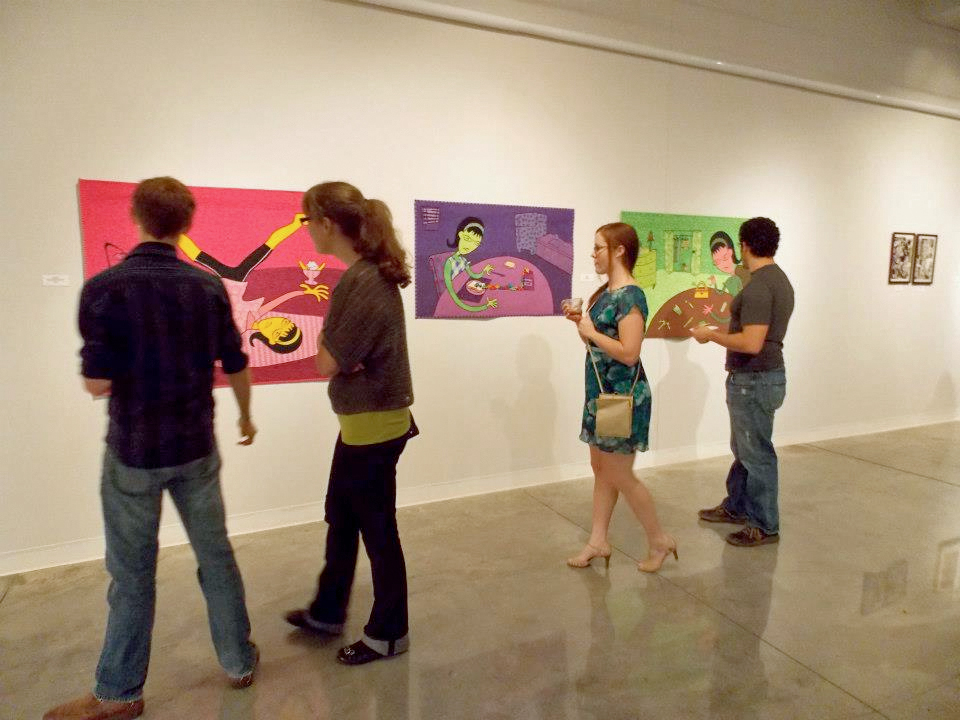